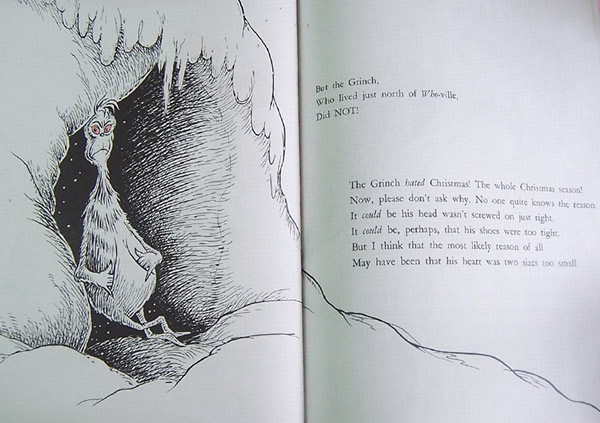 But the Grinch,Who lived just north of Whoville, Did NOT!

Now, please don't ask why. No one quite knows the reason.

It could be his head wasn't screwed on just right.

It could be, perhaps, that his shoes were too tight.

But I think that the most likely reason of all,

May have been that his heart was two sizes too small. 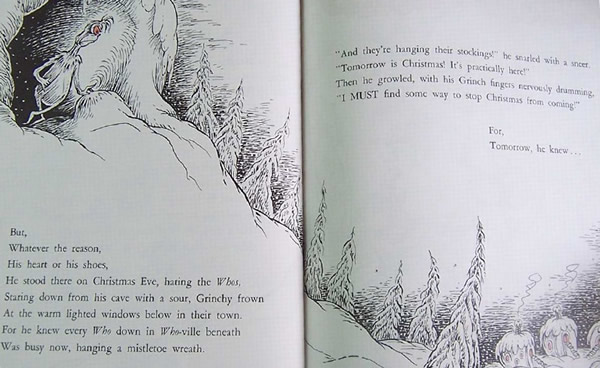 Whatever the reason, His heart or his shoes,

He stood there on Christmas Eve, hating the Whos,

Staring down from his cave with a sour, Grinchy frown,

At the warm lighted windows below in their town.

For he knew every Who down in Whoville beneath,

"And they're hanging their stockings!" he snarled with a sneer,

"Tomorrow is Christmas! It's practically here!"

Then he growled, with his Grinch fingers nervously drumming,

"I MUST find some way to stop Christmas from coming!" 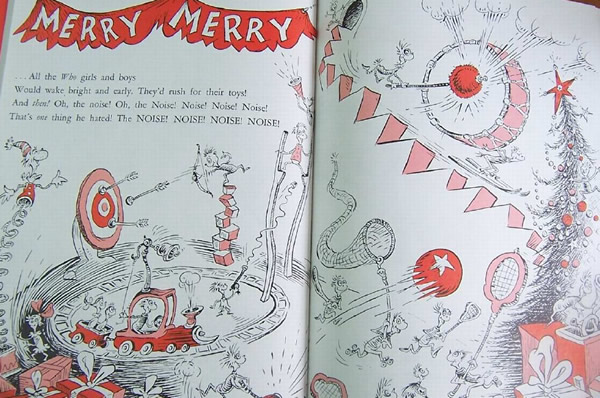 ...all the Who girls and boys,

Would wake bright and early. They'd rush for their toys!

That's one thing he hated! The NOISE! 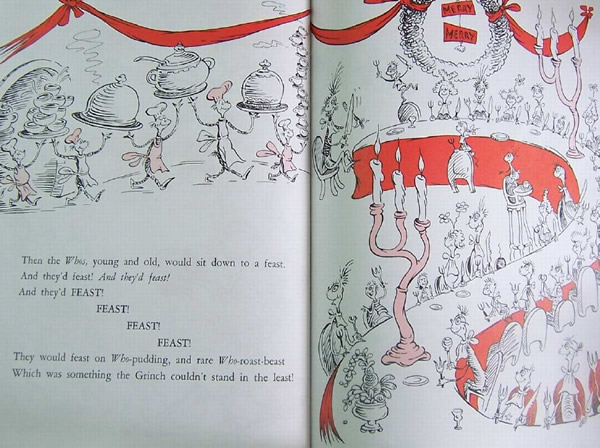 Then the Whos, young and old, would sit down to a feast.

Which was something the Grinch couldn't stand in the least!